This past weekend was a long weekend for our kids and we spent Saturday soaking in the sun at the Florida State Fair on behalf of Magic 94.9 (they provided us with media passes to the fair). It was the final weekend of the fair and I was sure it was going to be busy so we went early in the day to try and avoid some of those crowds. 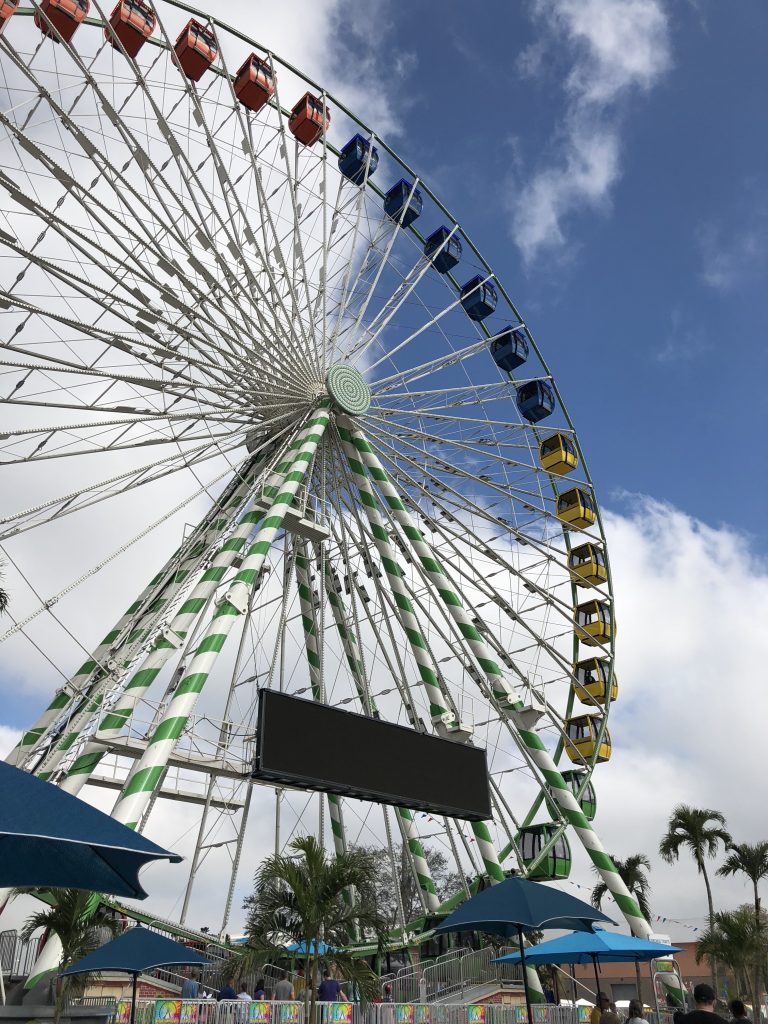 The morning was overcast and hazy but the sun broke through pretty quickly leaving us all with a slightly reddish glow to our noses and shoulders. While it was a little hotter than we expected, it was a perfect day to spend outside with the family. 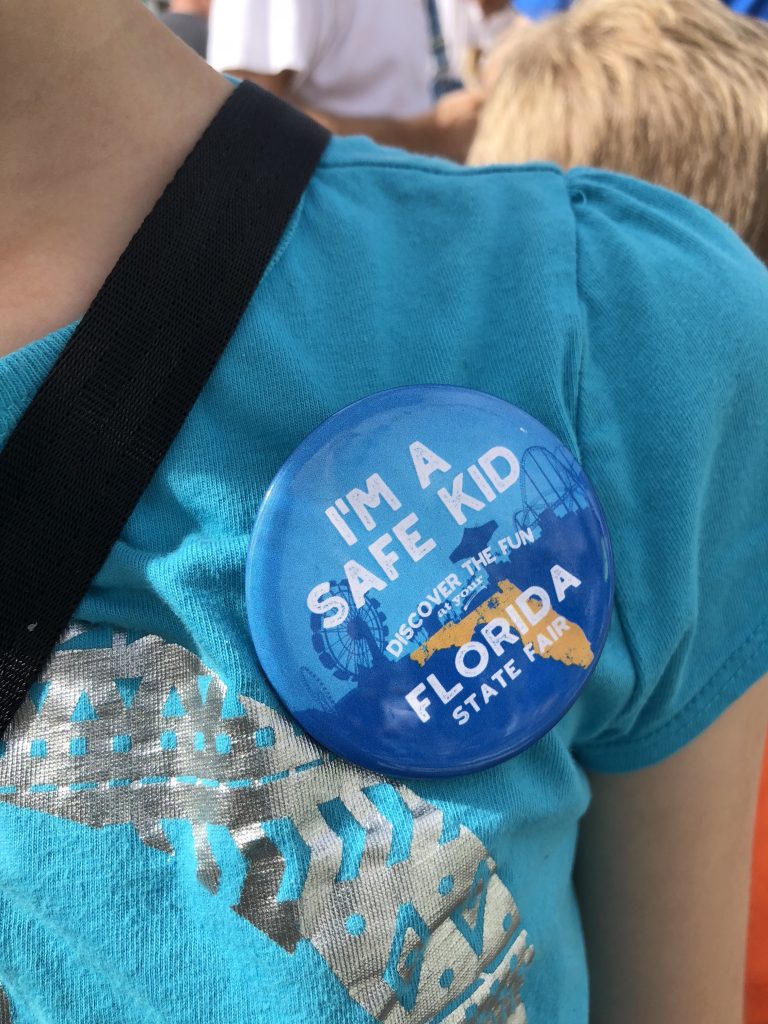 When we arrived to the Fair we were greeting my some helpful employees (or volunteers) who signed our kids up for the Safe Kids program. We had allowed our youngest to bring a friend with her so it felt extra safe knowing that there was a program in place to help us keep an eye on them. Each child gets a Safe Kids pin with your phone number on the back. If they are separate from you, they know where to go and have your number to find you quick. They also reminded us to take a picture of the kids in what they are wearing that day in the event that they are go missing during the day. These are all things parents should do when they are in crowded places; but we often forget. It was a great reminder!! 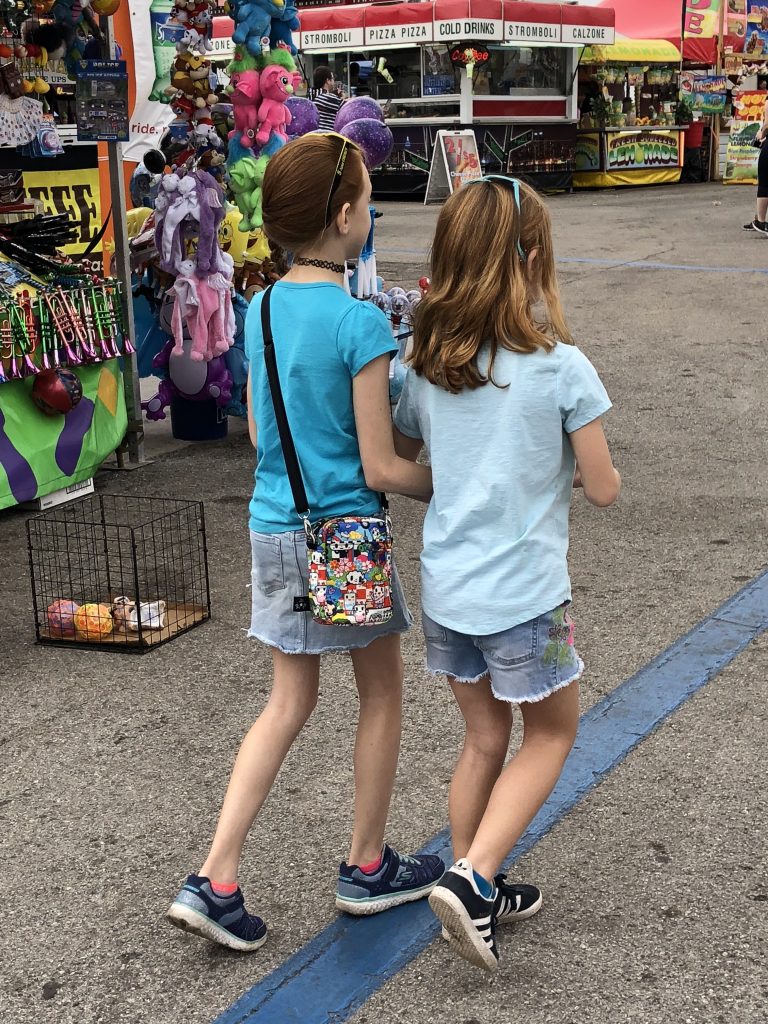 I don’t think these two stopped holding hands the entire day….that is unless they were holding on to the ride as it spun round and round and round!!! 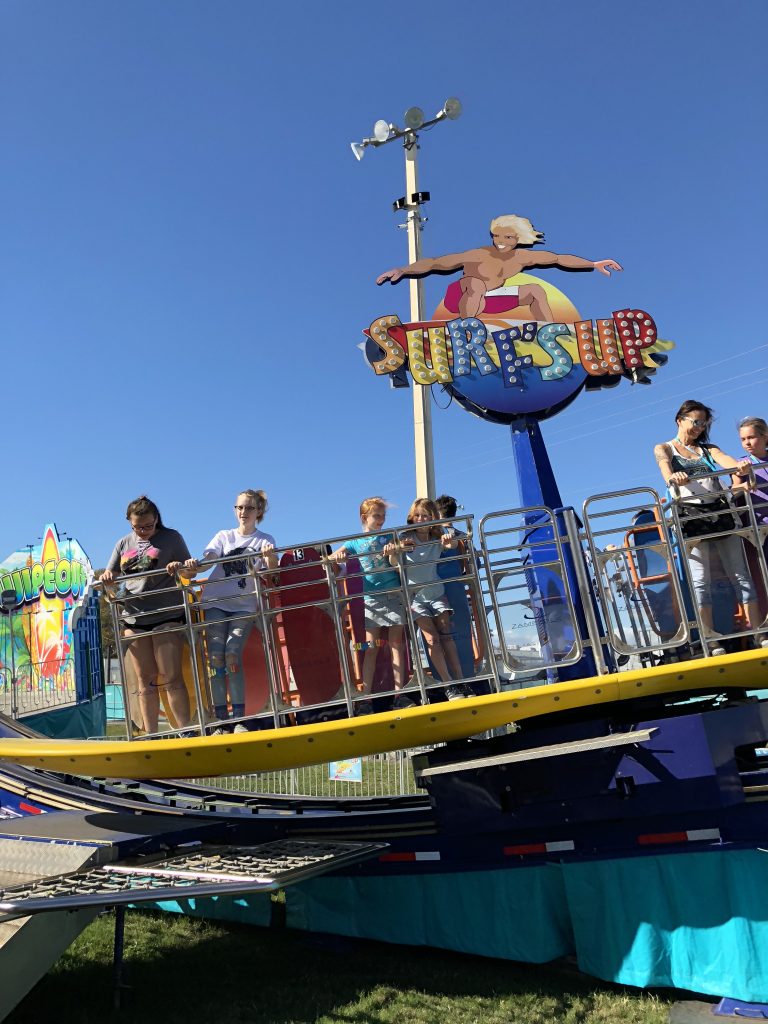 They’ve finally reached that perfect age for the Fair. They are 8-9yrs old now and they were a little more daring to try some of the crazier rides. Wipe Out was one of the milder fair rides they rode. 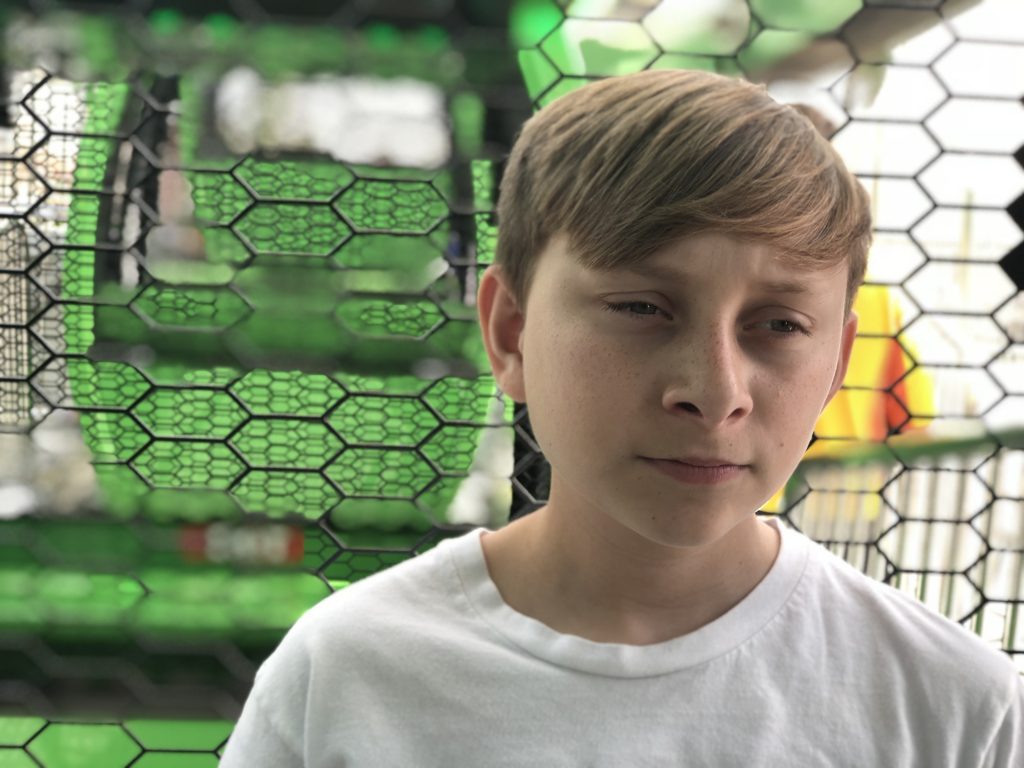 …a rare sighting of the elusive teenager at the Fair! 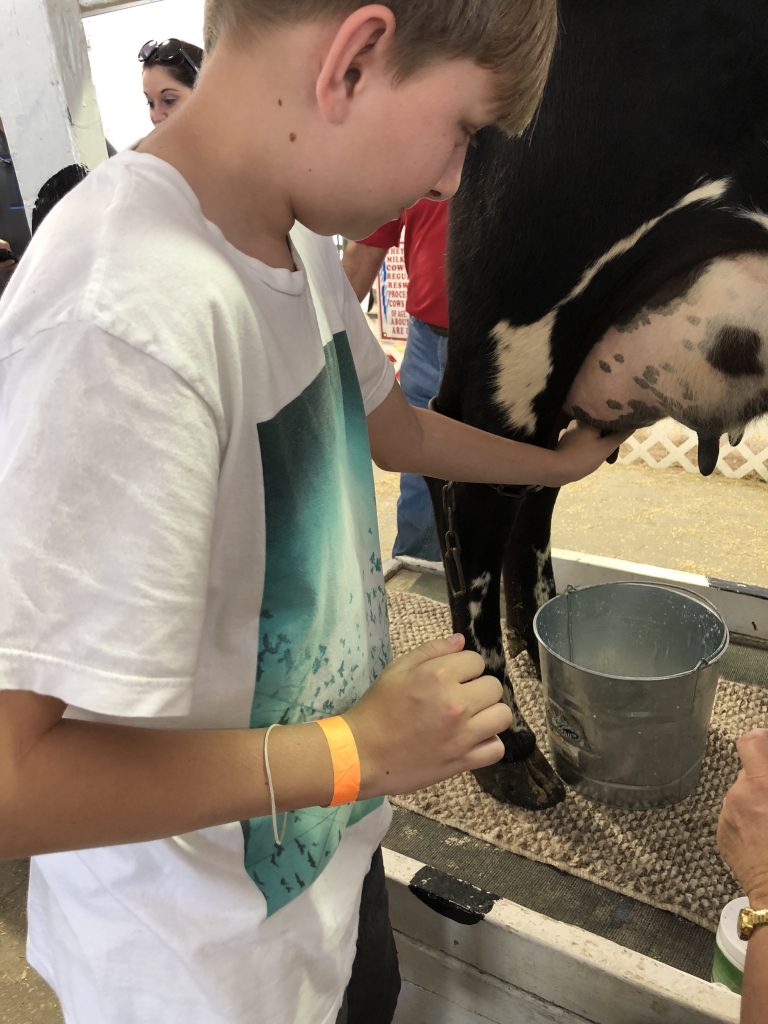 We managed to pull them away from the rides for a few minutes to milk a cow and view the livestock and animals at the fair. I’m pretty sure the girls fell in love with the angora bunny rabbit that they got to hold too. 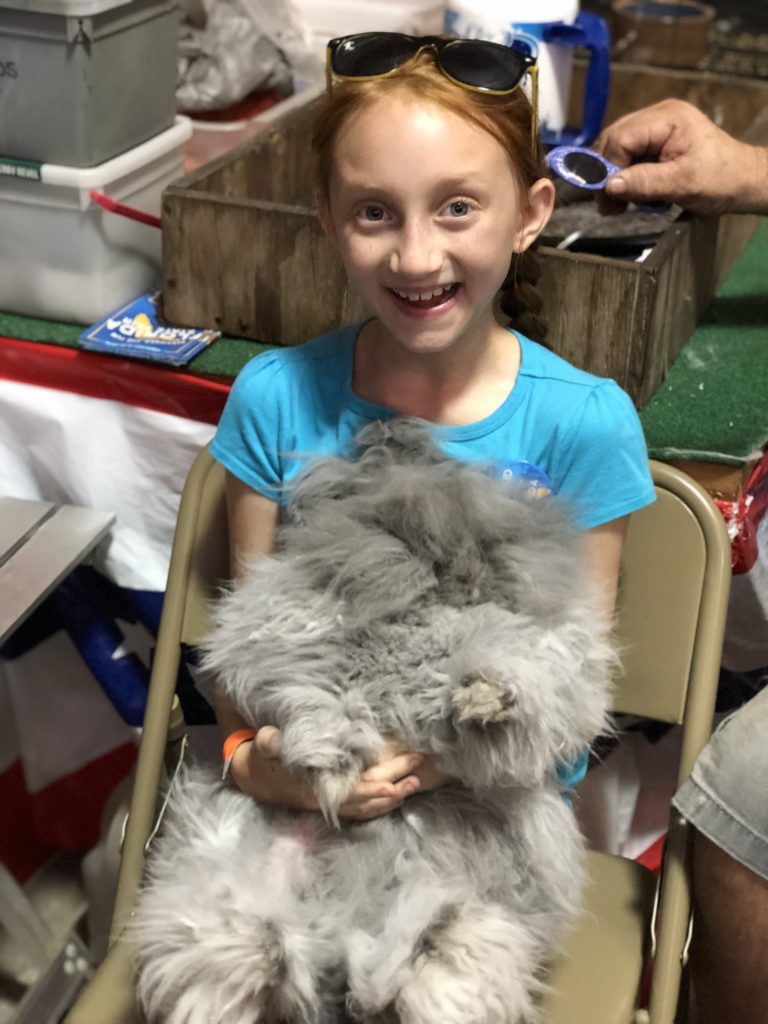 …and who can pass up a little sampling of fair food? We tried the fried pickles and we all had some hamburgers for lunch. 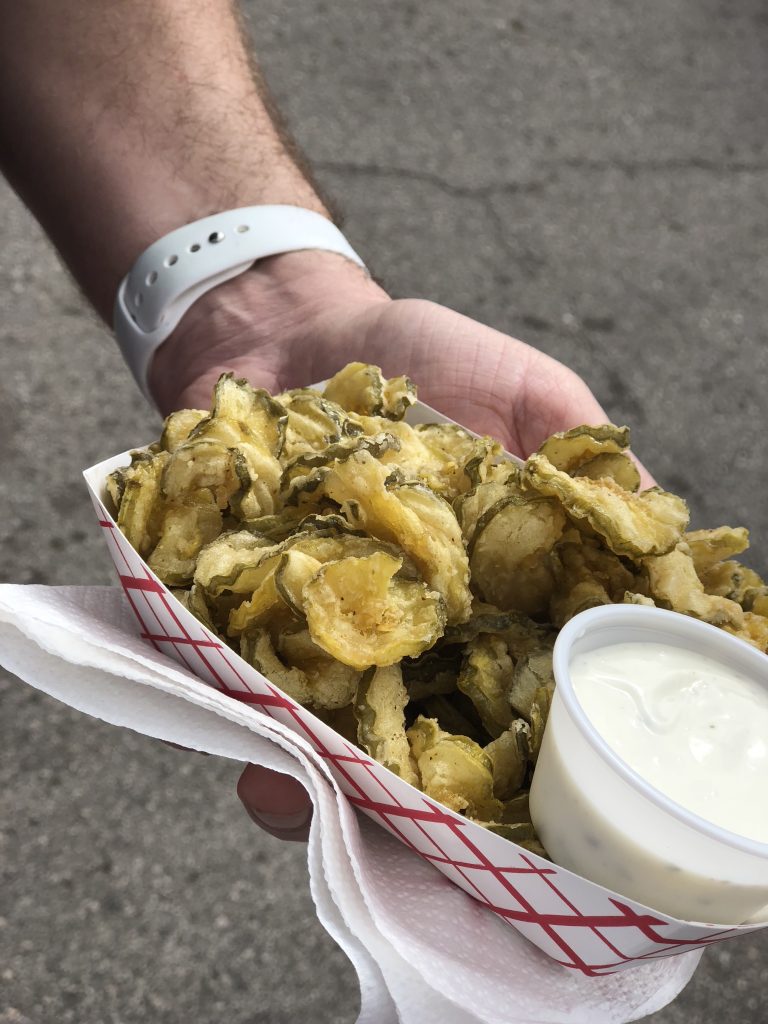 Yes, that’s mac n cheese and bacon on the burger! I may have to fast for the next week just to recover from all of the grease and fat!! It was worth it though. 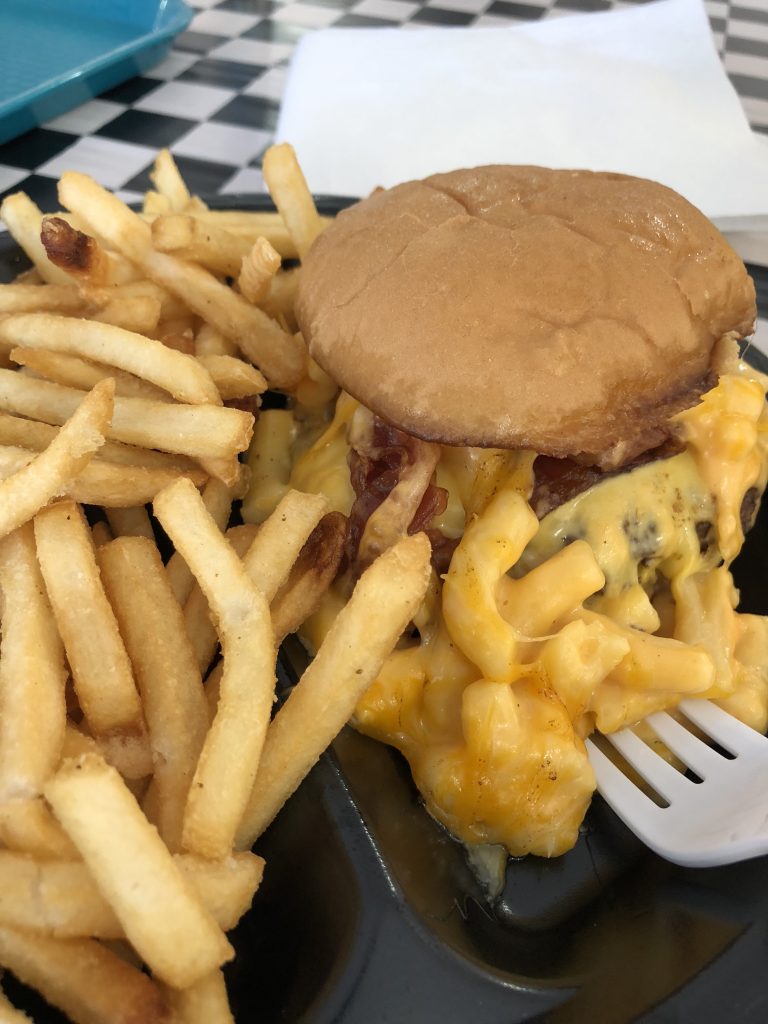 As the crowds started packing in for the evening we decided it was time for us to head back home and recover from our fun filled day at the fair. The evening crowds were pretty crazy so we were glad that we started our day out super early! 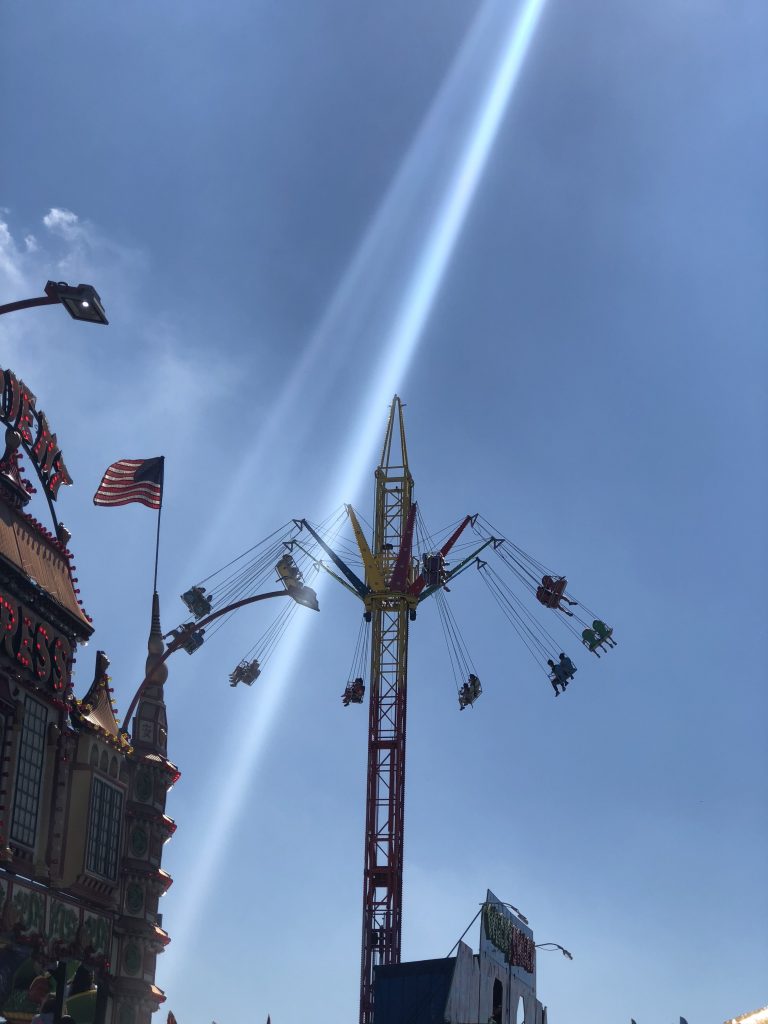 Pretty sure that the kids will beg us to go again next year when the Florida State Fair arrives again at the Fairgrounds.

Did you attend the Florida State Fair? What is your favorite part about fairs? Is it the food, the rides, or the animals??

Thank you to Magic 94.9 and the Florida State Fair for treating our family to a day at the park. While some of our day was sponsored by them; it’s never cheap to go to the fair. I’m pretty sure the kids all attempted to win some stuffed animals in the game are and a few souvenirs came home with us also.