In just a few more months I’ll officially be a mom of a teen, not to be confused with a Teen Mom!! Right now I’m in the heart of the tween (kids age 10-12) and I’m not sure how I’m going to handle this parenting a teenager stuff.

I feel like every week my oldest is grounded from something for doing something stupid. One week it was calling girls names that I won’t even type (he claims he didn’t know what they meant), then it was flipping off another student in class, and the lying….

The issues I’ve been having aren’t unique to our family, they are regular tween antics that other friends his age are going through also. I remember lying to my parents, but tween’s today have one more level of complexity that we never had to deal with as kids, the internet! 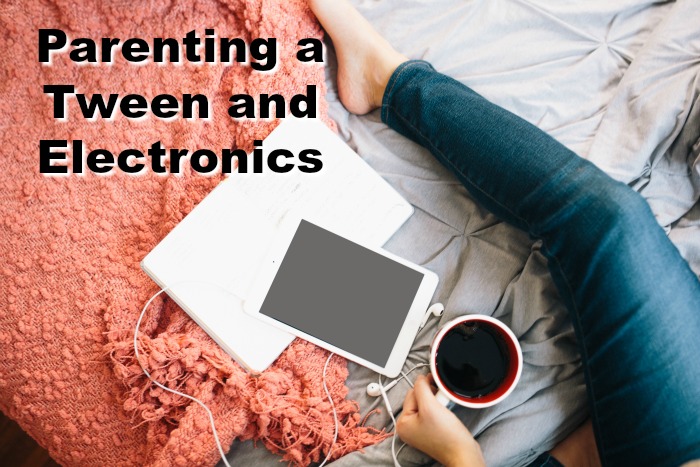 I’m going to start aging myself now and sounding like “those parents,” but the internet didn’t even exist when I was his age. If we wanted to talk with our friends we had to pick up the phone and call them and hope their mom (or sister) weren’t on the other line.

Today kids have access to way more communication devices (and apps) than ever before; many of which the parents aren’t aware of. I’ll be the first to admit that while I’m very comfortable with technology, I’m pretty naive when it comes to monitoring my child’s online activity.

Here is the reality of raising tween’s….

Our job as parents is to keep them safe and raise them to make the right decisions. With so much access to technology we can’t always be there to keep them safe online. We have to continually remind them about the basics of online safety and hope that they “get it!” We have to set restrictions on when and how they use their electronics. We have to monitor their activity and their accounts. As a busy parent who is always online, this isn’t easy to do!!

What guidelines and rules do you have for your kids and electronics? Do they work? Are you consistent with enforcing them?

As we make our way into the teen years it’s going to be even harder to enforce our rules. For us we’re finding that the temptation to be online is just too much for him to manage on his own.

Some of our house rules:

If he misbehaves at school, falls behind in his school work, or is caught breaking any of those guidelines then he looses privileges. Electronics are the first thing to go away and it’s brutal. He will complain that he’s bored and has nothing to do, he will be looking over your shoulder while you’re surfing Facebook, and he’ll be annoying his sister!

What this is teaching me as a parent is that it’s too easy to let them get addicted to electronics and that they mirror our own behaviors. I’m online more than the average person each day for business reasons and I work from home. They see me online all the time checking Facebook, Instagram, and emails. They see me online until midnight writing and working after they are in bed.

It’s also teaching me that I need to keep them enrolled and active in outside activities. This is easier to do when they are younger and want to learn new things. Now that he’s almost a teen he’s lost all desire to try new things. He knows what sports he doesn’t like and which ones he’s bored with. I’ve been struggling for over 2 weeks now to get him excited about anything that doesn’t revolve around the computer and Xbox. As his punishment for lying to me about talking to strangers on Xbox he was forced to pick something new to do…..he’s still thinking about this one.

While there are apps out there to “help” us protect our kids, we need to play an active role in paying attention to what they are doing online. Some of those helpful apps don’t work on tablets or phones that are WiFi only (no cellular service) and they don’t monitor all of the new social apps that are out there. How well do you know your child’s device(s)? When was the last time you looked at their accounts? Do you know how to use all of their apps and social accounts? Have you ever listened to or asked them about what they are doing when they are online?

For all of your 30 or 40-somethings out there raising teens, what tips have you found helpful with your own kids?

6 Reasons Why Tweens With Braces are Just Like Toddlers!