This guy knows how to have fun! Join us Thursday night at Eco Chic Parties for a Rump-a-Rooz Twitter Party where the winners of the YouTube video contest will be revealed.  Have you sent in your video yet? ... END_OF_DOCUMENT_TOKEN_TO_BE_REPLACED

Yes, you can win a Flip Ultra HD video camera!  How?  It's simple really, just RSVP to the #GetRealDiapers party on Earth Day!  (Don't register here...go to #GetRealDiapers on Eco Mom Media by clicking any of the links in this post!!) Where is this party?  On Twitter...where else!  This way people all around the US and Canada (yes, even our Canadian friends can party and win) can learn about #GetRealDiapers at the same time and have all their burning questions answered LIVE by the experts in the cloth diaper industry!  What is the party all about?  The goal of the party is to introduce cloth diapers to as many new parents as possible.  This is where most of my readers can help...we need to spread the word to parents who don't already use cloth diapers.  Since we are the minority you should know at least one friend or family member with a baby in disposable diapers.  Or maybe you know someone who is currently expecting a baby.  We will share how today's cloth diapers are easy, ... END_OF_DOCUMENT_TOKEN_TO_BE_REPLACED 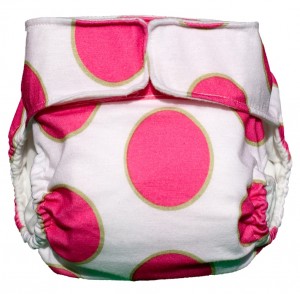 Giveaway Alert!  CuteyBaby is giving away one of their amazing cloth diapers to an Eco Chic reader!  Details on how to enter at the bottom of the post.    Giveaway period ended.  ECO-ngratulations Amy! Look at all of those adorable prints!  A CuteyBaby cloth diaper would be perfect on those spring and summer days with just a t-shirt or a dress.  They are so stylish and adorable!  I was super excited when CuteyBaby founder, Ada, and I began talking about partnering to do a review of her brand new cloth diaper.  I have a pretty boring stash with very little prints.  Honestly, this is my ONLY print diaper that I own.  I wasn't prepared for the WOW factor when the diaper arrived.  Here is what WOW'd me:  1.  The adorable purple and lime print. 2.  The soft fabric exterior.  3.  All in one!  No stuffing required! 4.  Removable Velcro tabs.  Yes, you heard me right...REMOVABLE Velcro tabs.  My primarily BG stash is just over a year old and our Velcro is showing it's age.  I now ... END_OF_DOCUMENT_TOKEN_TO_BE_REPLACED

Extra Bonus Giveaway!  Win a free 6 month trial membership to www.EcoBuddies.com.  My son has been playing with EcoBuddies.com this week and really enjoys his Buddy, the dragonfly, and playing games like bowling.  He's only 6 so we haven't introduced the chat feature with him yet, however EcoBuddies does moderate the site to ensure it is a safe place for kids.  EcoBuddies.com Gives Kids Opportunity to Support Baby Animals   Vancouver-based green virtual word for kids, EcoBuddies.com, just revealed today that it will be starting the initiative ‘Buddies for Baby Animals Day’ where kids will have an opportunity every month to support an endangered animal of their choice.  On the 20th day of each month, EcoBuddies will be donating 10% of the revenue made from new membership purchases to an organization that supports a baby animal of their players’ choosing. Kids will vote which animal they would like to support on EcoBuddies’ official blogs Go Green with EcoBuddies and EcoBuddies ... END_OF_DOCUMENT_TOKEN_TO_BE_REPLACED 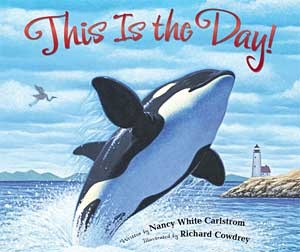 ...the Lord has made, let us rejoice and be glad in it.  Psalm 118:24 Win It!!  Learn how to register to win your copy of This is the Day.  Details at end of post.  Congratulations to Megan, June, and PsuKlinke!  Watch your inbox for details on how to claim your book!  Thanks for reading! While this may be one of my favorite Bible verses it is also a title of a new children's book.  This is the Day is written by Seattle-based author, Nancy White Carlstrom and teaches children ages 4-7 to protect our Earth and its creatures.  This beautifully illustrated book takes you on a daily walk with God as you admire the ladybugs, eagles, and orca whales that He has created.  I had the pleasure of reading it with Big B last night and he really enjoyed the illustrations and couldn't wait to see what each new day brought.  This is the Day encourages our children to recognize that creation-care is God's calling for us to take care of the environment.  I have often struggled with the ... END_OF_DOCUMENT_TOKEN_TO_BE_REPLACED 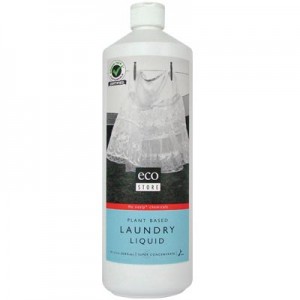 The final product that ECO Store USA sent me to review was their Laundry Liquid. I've now washed 5 loads of laundry and I'm impressed. I think I'm in love with the eucalyptus that's in each of the products that I've tested. It's not a strong scent but it's nice and you can't smell it after the clothes are dried. The Laundry Liquid is super concentrated and it only takes 3-5 tbls of liquid to wash a load of clothes. Much better than the cup of traditional laundry detergent that is required to get the laundry clean. The Laundry Liquid is made of all plant-based ingredients including; Palm and Coconut based non-ionic and anionic surfactants, fatty acid derivative, mineral hydroxide, and certified organic Eucalyptus oil. It's all natural and non-toxic and perfect for your children's clothes.  I washed several loads of Little B's laundry including pee soaked changing pads and reflux drenched clothes.  Her laundry all came out clean and smelling fresh.  I really wish I had received ... END_OF_DOCUMENT_TOKEN_TO_BE_REPLACED

I wrote a great blog about this new product, WysiWipes, I found and have been using around the house.  I have 12 free samples of their product still available for free.  Just leave me a comment here about where you would use your WysiWipes to be entered into the drawing.  Deadline has been extended until May 15th. ... END_OF_DOCUMENT_TOKEN_TO_BE_REPLACED