If you live in the Tampa Bay area, have you ever truly explored the downtown area?  We live in Palm Harbor and only come downtown for sporting events and shows.  When Embassy Suites Downtown Tampa invited us to spend a few nights with them I was really excited to check out parts of town that we usually just drive past on the way to an event.  It was really nice not having to worry about transportation and travel expenses to go on staycation.  We spent 3 days and 2 nights downtown and we could have easily spent an entire week to see everything. 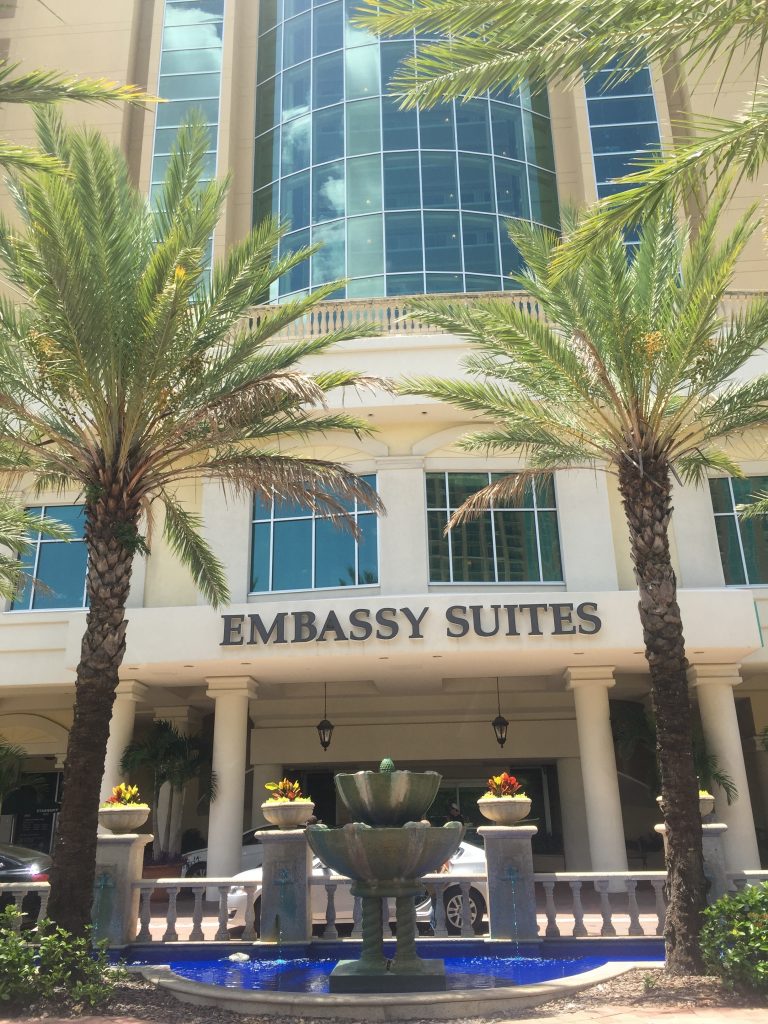 The Embassy Suites is located adjacent to Amalie Arena and the Tampa Convention Center, overlooking the Bay.  It would be a great place to stay the night if you didn’t want to drive home after a concert or hockey game.  On our first night we were lucky enough to be downtown during the final game of the Stanley Cup Finals and walked across the street to the Bolts watch party inside Amalie Arena.  We would never have driven 45 minutes to do this and my kids are still talking about how much fun they had cheering on the Lightning (even if they lost)!!

For food we fell in love with Jackson’s on Harbour Island.  It was walking distance from the hotel and had a great lunch menu for the whole family.  We enjoyed sushi and beer on the patio overlooking the Bay.  They even have a kids menu if your kids are picky.  Lunch is a great time to try a waterfront restaurant without the crowd and on a budget. 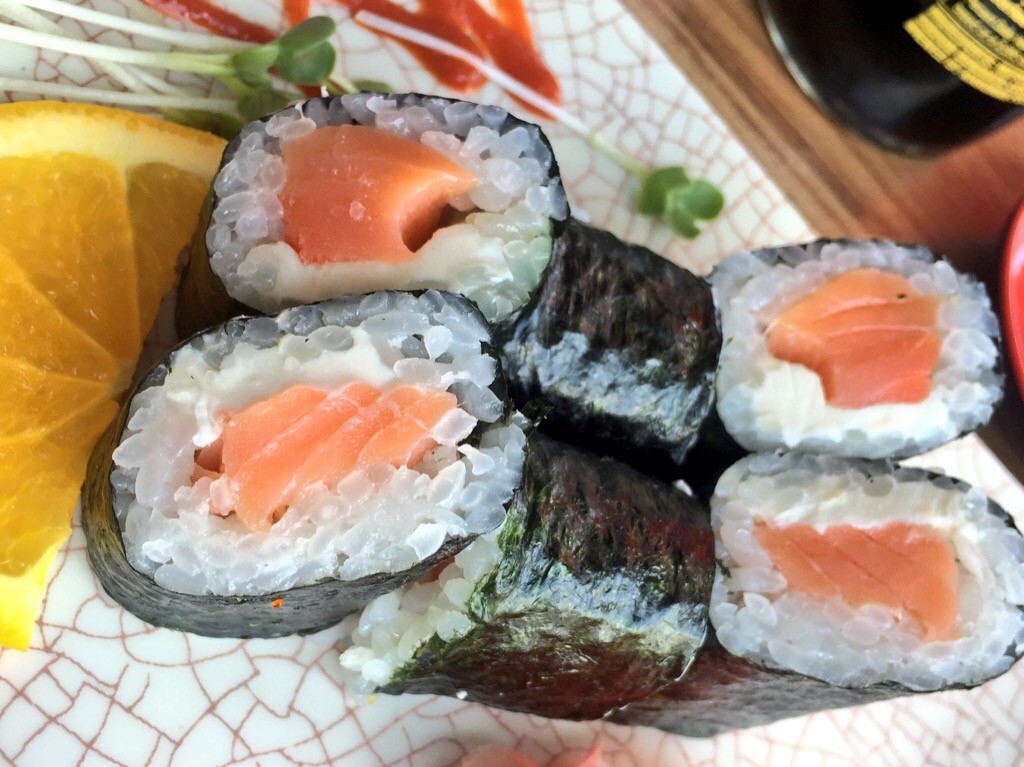 I was working and playing on this trip so we spent some of our time in the hotel.  The kids didn’t mind spending the hottest part of the day inside while I worked.  Embassy Suites has plenty of room for them to play in one room, while I was able to concentrate in the other room.

Across the street from the hotel we found the Tampa Bay Water Bike Company.  You can rent kayaks, tandem kayaks and water bikes by the hour to see downtown on the water.  I was a little nervous that my 6 yr old wouldn’t have much fun, but she could have rode the water bike with me.  She was a little nervous so we took the tandem kayak out instead.  My 12 year old truly enjoyed the water bike though and probably could have stayed on the water all day.  Don’t worry, neither the water bike or the kayaks require much skill and are really easy to use.  The kayak had pedals and my 6 yr old was able to pedal too.  The bike and kayaks start at $30 for an hour.  An hour is plenty of time if you’re going out with the kids in the hot Florida sun, but we could have easily stayed out longer.  We were all super excited to see a family of dolphins playing nearby.

Right outside the hotel there’s a Streetcar and Trolley stop.  For $5 (adults) and $2.50 (kids) you can get an all day pass to ride both.  They didn’t start running until 11am/12pm (check their site for hours of operations, they change depending on the day) but they run late into the evening.  Along the streetcar route we stopped at the Cotanchobee Ft Brooke Park to play on the playground, splash pad, and explore part of the Riverwalk.  You could also stop at the Tampa History Center, Channelside, the cruise terminal, and the Florida Aquarium. 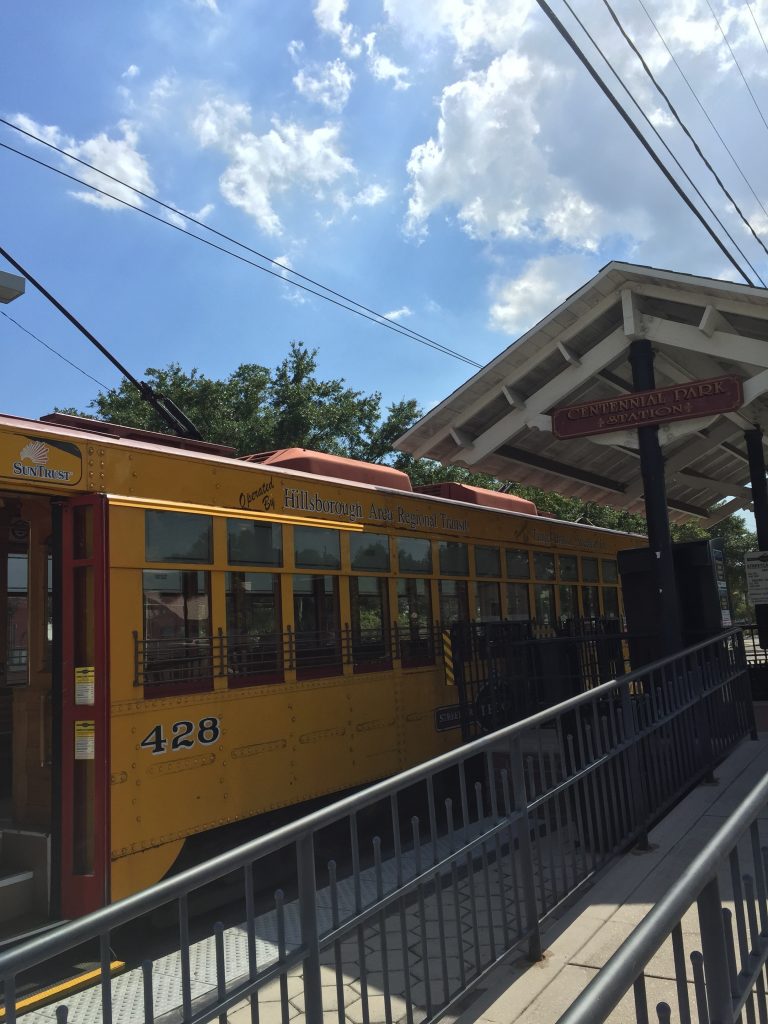 We stopped at Channelside for lunch at Hablo Taco (it was Taco Tuesday after all) and followed that up with some ice cream at Coldstone.  Their aren’t many options to eat at Channelside during the day, but there is a movie theater and a bowling alley if you’re looking for other stuff to do. Right nextdoor is the cruise terminal and the Florida Aquarium.  Both kids would have loved spending the afternoon at the aquarium, but we’ve “been there, done that” and I was looking for “new” stuff to see.

My oldest wanted to ride the streetcar all the way to the end in Ybor.  I’ve only been in Ybor at night doing the bar scene (in my younger days) and I’ve never taken the kids there.  If you’re looking for something indoors to do, Game Time is at the main Ybor streetcar station along with lots of cigar shops and restaurants.  We stayed on the streetcar for one more stop.  The driver takes a 20 min. scheduled break at the end of the line; plenty of time to grab a coffee and snack at Ybor Bunker. I recommend the handmade flavored sodas for the kids.

We headed back to the streetcar and took it back to the hotel to unwind before dinner.  I think we skipped dinner though because the kids filled up on chips and salsa at the Embassy Suites Manager’s Reception.  They really wanted to go back to the pool but Mother Nature had other plans with a nightly thunderstorm.  By the time we got back to our room we were all ready to relax and fell asleep pretty early.

We only spent a day and a half downtown, but we saw quite a bit.  The kids are still talking about the streetcar and the water bikes.  If we had one more day downtown we would have headed down to Curtis Hixon Park, Glazer Children’s Museum, or the Water Works park.  Be sure to check the schedule of events at the Straz Center and Amalie Arena too, you never know what fun show or concert will be going on.

Before we headed back to Palm Harbor we had to drive about 5 minutes towards MacDill to get a late breakfast at Datz Dough.  The kids could not believe how many different donuts they had to choose from.  I was really excited to get a bacon latte for the ride home.  You could easily find breakfast, lunch or dinner at Dough and next door at Datz. 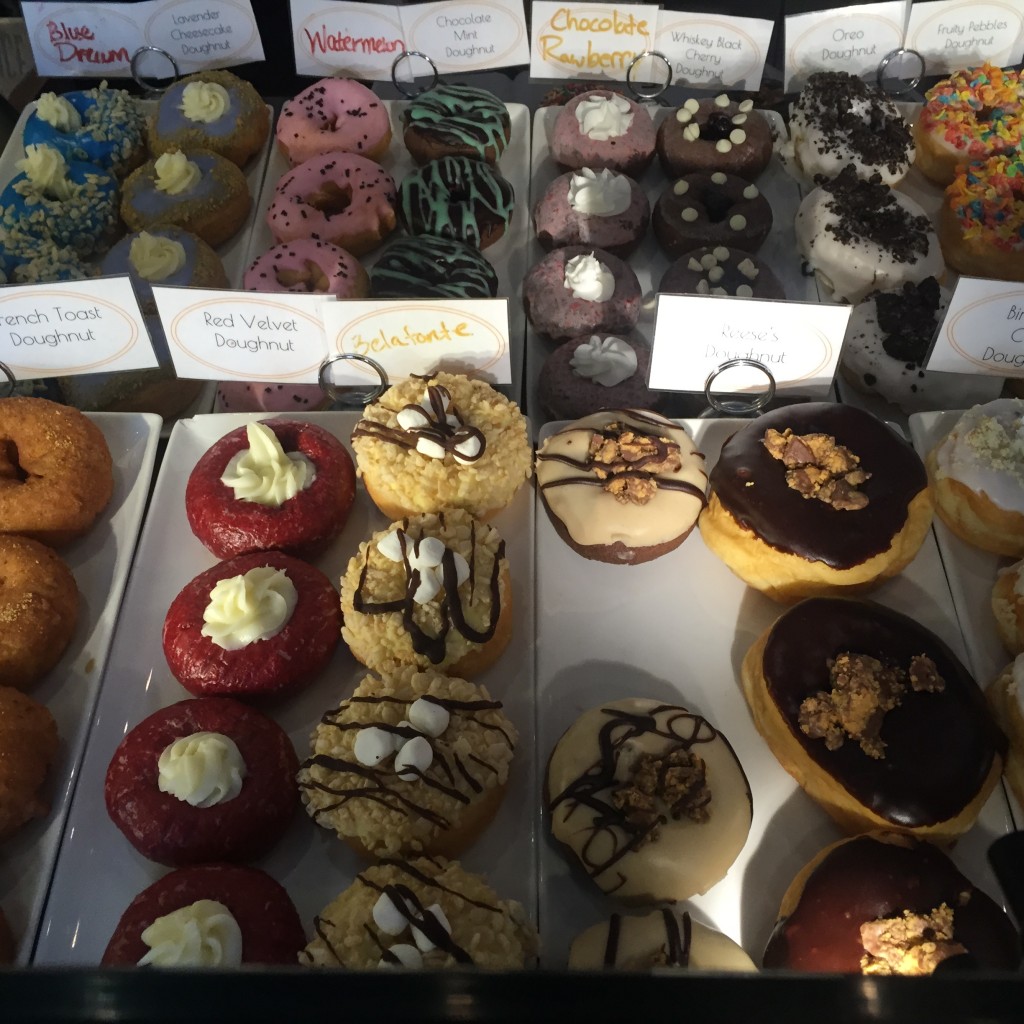 When was the last time you acted like a tourist in your hometown? What other places would you have stopped at in you were downtown Tampa? Follow me on Trekaroo to see some other places we’ve traveled and stayed.

Disclosure: This trip was sponsored by Embassy Suites and the Tampa Bay Bike Co through a partnership with Trekaroo. We paid for our food and other activities while downtown.  All opinions are my own.

Ringling Bros Circus – the End of an Era