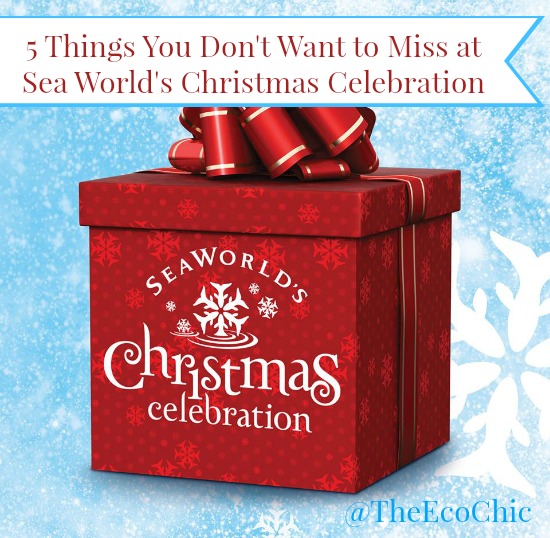 This past weekend we were invited to Sea World’s Christmas Celebration to get a glimpse behind the scenes and to learn more about the special Christmas performances going on around the park.  Unlike some of the other area theme parks, Sea World includes their Christmas performances with your regular park admission.  Plus, kids get in FREE through the end of December with a paying adult.

Sea World will always hold a special place in my heart and the Christmas spirit just enhances that love of the park and the work they do to help preserve our natural world. I found myself a little teary eyed during some of the performances.  Even if you only go for a few hours, here is my list of 5 things you don’t want to miss at Sea World in December.

1. Polar Express – Sea World has once again transformed the polar exhibit into a train ride on the Polar Express that takes you to the North Pole to meet Santa Clause.  The experience is based off the popular Christmas movie, the Polar Express.  This is one of my kids favorite movies. We boarded the Polar Express in Orlando and magically ended up at the North Pole. It was chilly and we were able to see a few special animals from the arctic like the beluga whale, polar bears, and walrus.  The most special part of the experience was to see my 5 yr old run up to Santa Claus and tell hm about all the things on her Christmas list.  Apparently, she’s asked for another puppy!

The magic is real @seaworldorlando – we rode the Polar Express to the North Pole to see Santa! #seaworldchristmas #trekarooing #orlando #florida

2. Sea of Trees – This is the 7th year that Sea World has decorated Christmas trees in the lake and set their lights to music.  Several times during the evening, the lake turns into a musical light show on the water.  It’s one of the most beautiful light presentations I’ve ever seen.  Grab a spot on the bridge or along side of Bayside Stadium to sit back and relax over a cup of hot toddy while you watch the show.

3. O Wondrous Night – We once again missed the one show that I’ve been dying to see, the live nativity with actors, singers, animals, and puppets.  We did get a chance to meet some of the puppets and animals from the show earlier in the day, but my little one HAD to go see the penguins.  We just barely missed the final show of the night.  Here’s a quick video to show you why I’m sad that we missed this one (again)!!  Get there early, seats fill up quick! 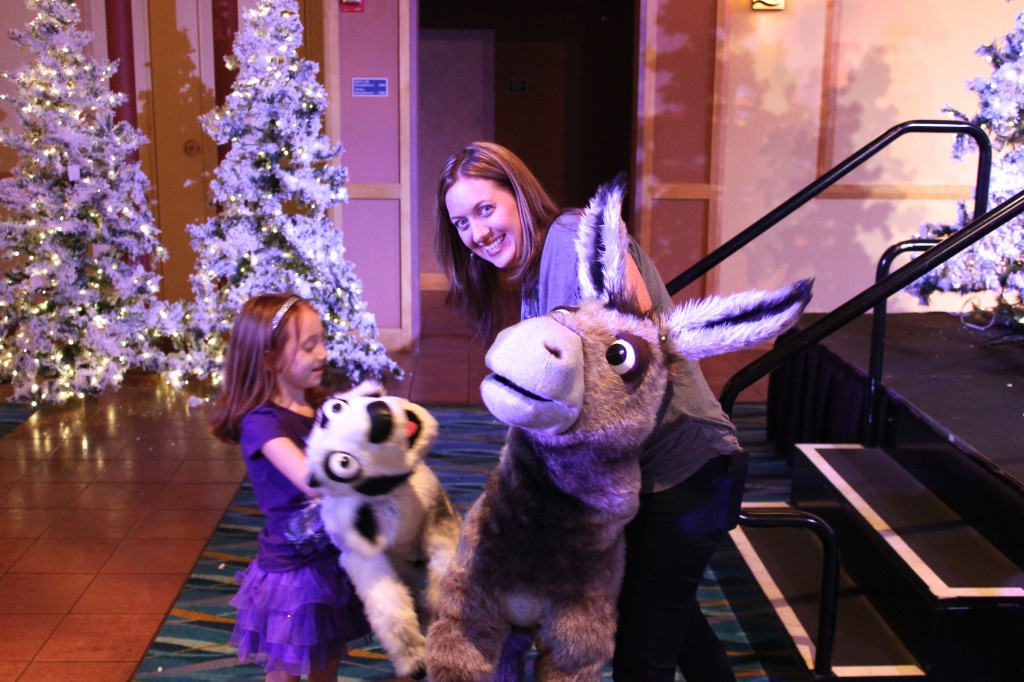 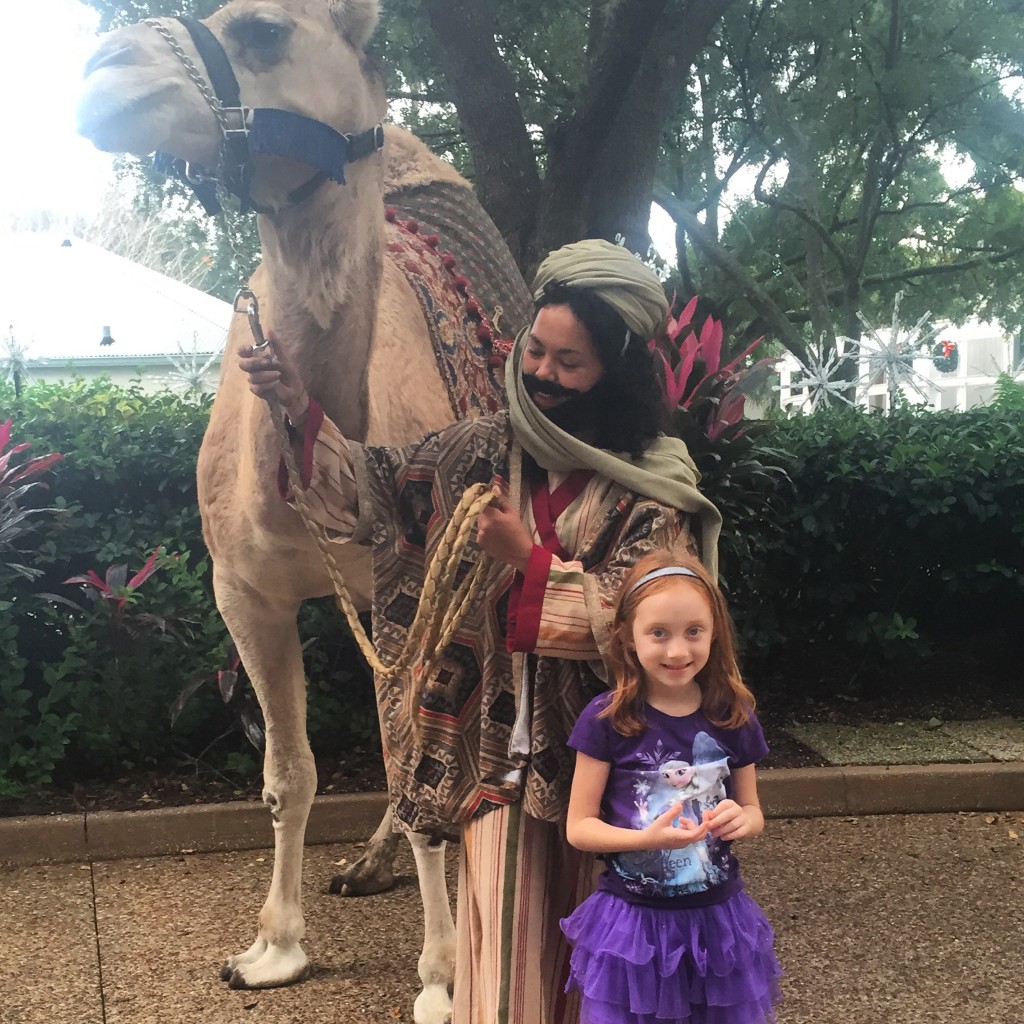 4. Street Entertainers & Performers – Throughout the park you can find performers signing, playing musical instruments, or entertaining the guests of the park.  My kids especially loved the angel statue that was near the Seaport Theater. I loved the musicians in the Christmas area by Bayside Stadium. 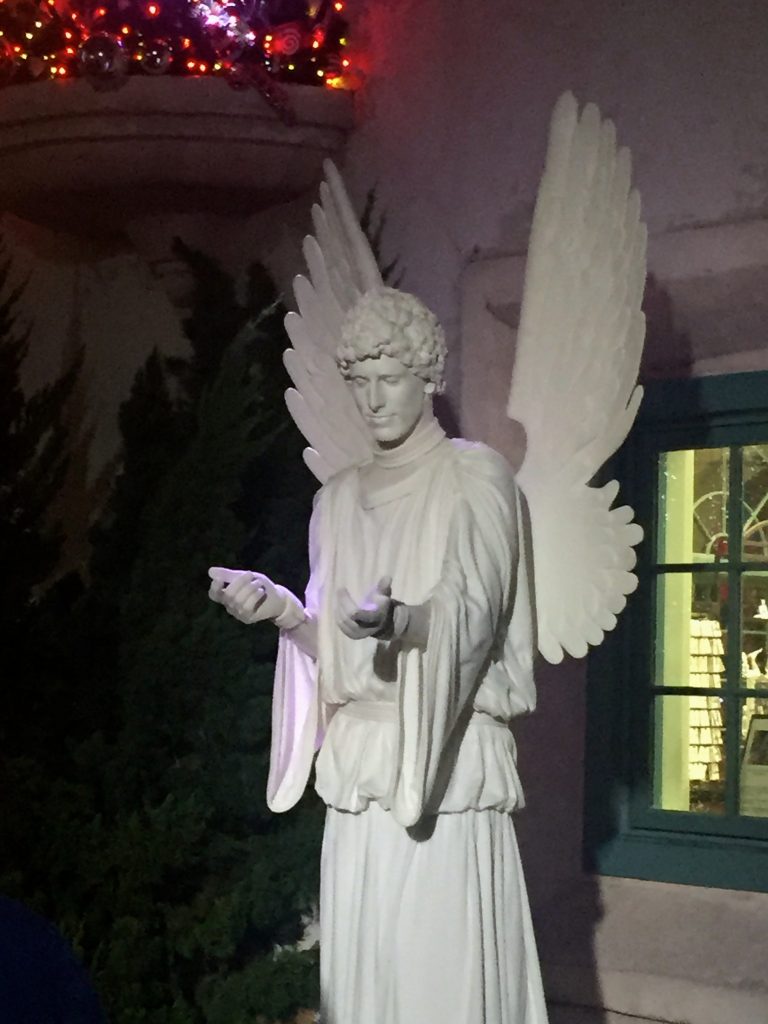 5. Winter Wonderland – This was the first year we’ve stayed late enough to see this beautiful ice skating performance at the Bayside Stadium.  The skaters were performing on the stage right on the lake with the Sea of Trees in the background.  At the close of the show if the fireworks finale set to Christmas music.  What a beautiful ending to the day. 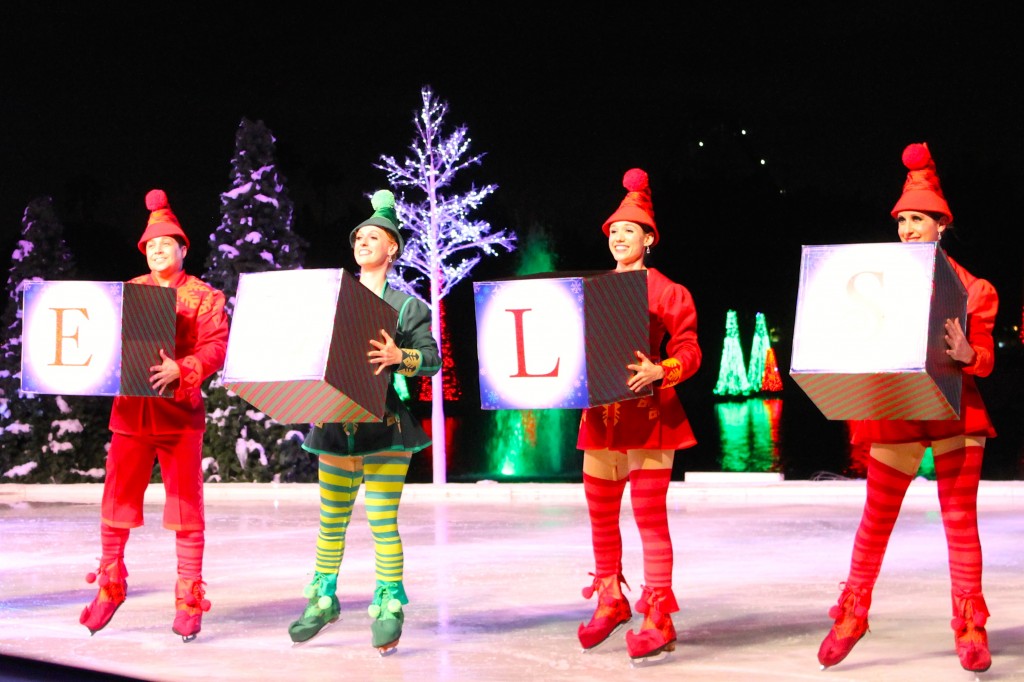 There was even more Christmas fun and entertainment around the park.  There were games, drinks, and Christmas inspired snacks set up by Bayside Stadium.  We ended up taking home a 3 foot tall stuffed gingerbread man because my husband just can’t resist playing carnival style games.

Thank you Sea World Park for inviting us to experience your Christmas Celebration on behalf of Trekaroo.  To read more reviews about Sea World and family friendly travel tips: Sea World Reviews on Trekaroo.

Fun Things To Do at TradeWinds Island Resort With Kids

Tips for Visiting the Beach With Kids

Come Trekaroo with Me!