It’s no secret that our family loves sports.  Our primary love is college football (go Dawgs!!), but we have fun watching just about any sporting event.  It’s been quite a while since we’ve been to a hockey game, so I was excited when the Tampa Bay Lightning and Amalie Arena invited me to be their social captain a few weeks ago.  I wanted to share with you just a few of our favorite moments from the night and 10 reasons why we love the Bolts! 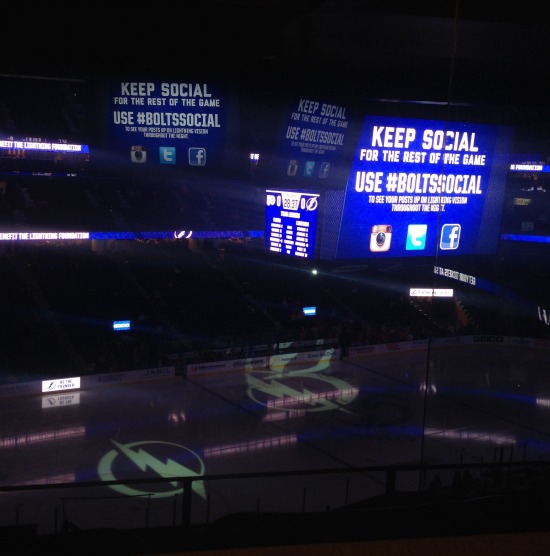 #1: Social Media Captain – What’s not to love about a sports team who is social and engages with their fans over social media.  On game nights, Twitter and Instagram are filled with several different #hashtags from fans attending the game.  The Bolts & Amalie Arena have a very interactive program and hold lots of contests for their social fans.  As the Social Media Captain, we got to show the fans a little more about the team and the arena – from behind the scenes! 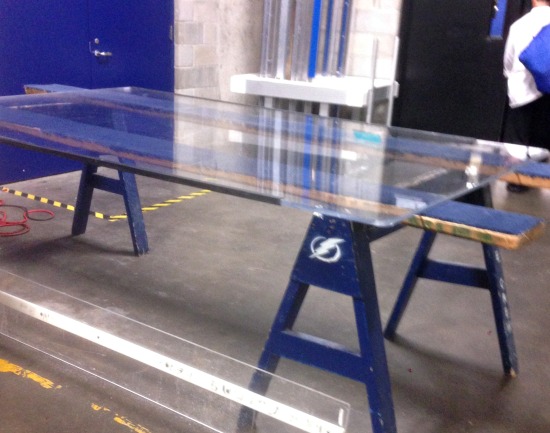 #2: Behind the scenes experience – When we arrived we were met by Caity, the Bolts Social Media and Digital Marketing Manager.  She and her team took us on a special tour behind the scenes to experience the Bolts from the teams perspective.  We got to see the locker room, the green room, the special family areas for the players families, spare glass, and we even got to see the players warming up before the game by playing a little soccer in the hallway. 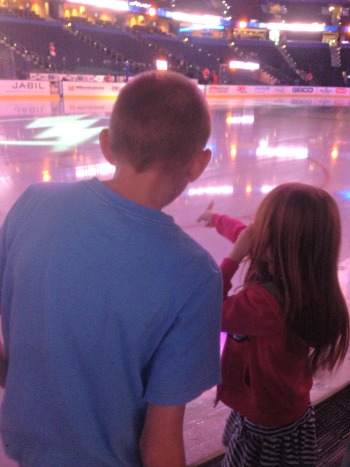 #3: Touching the Ice!  The general public isn’t allowed to get on the ice for safety reasons but my kids LOVED being able to touch it and see just how thin that layer of ice really is.  The rest of the arena may be at a comfortable temperature but that ice is COLD! 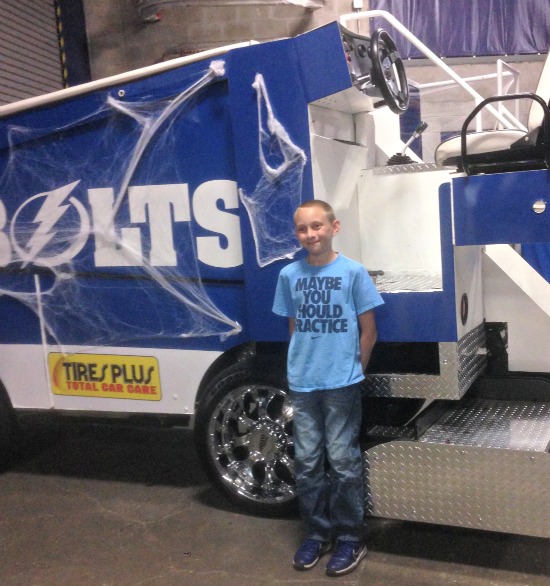 #4: Zamboni – What’s a hockey game without a zamboni? 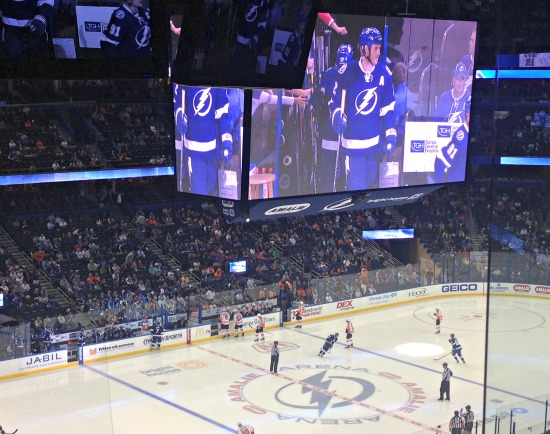 #5: Chase Club – If you’re going to a Bolt’s game and want to spend a little more on some fancy seats, check out the Chase Club.  There’s all you can eat finger food, snacks, and drinks (including an open bar) in the Chase Club.  The seats in front of the entertaining area have a good view of the entire arena. 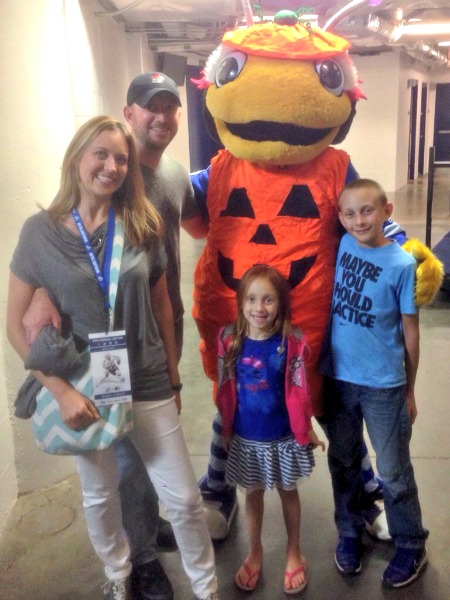 #6: Thunder Bug – the official mascot of the Tampa Bay Lightning visited with us for a quick photo op and hugs for the kids.  We went to a game the week of Halloween so he was in costume!  Kids always love seeing the mascots. 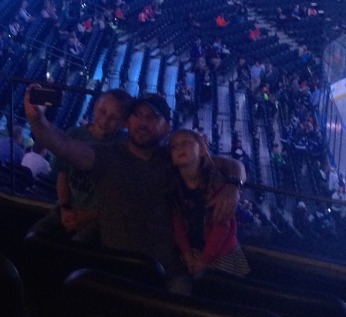 #7: Family Fun – It isn’t often that we get to escape reality and really enjoy doing things as a family.  Sporting events are fun for us and the kids were excited to experience a new sport.  I love making memories with my family and this is one night they won’t forget.  They both went to school the next day and couldn’t stop talking about it with their friends. 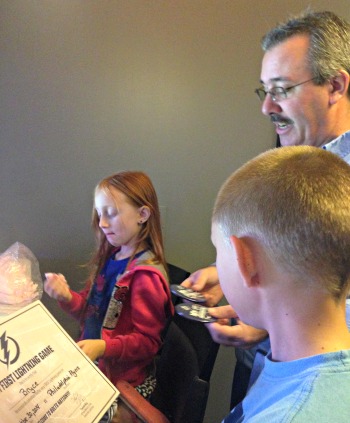 #8: First Lightning Game Certificates & Buttons – Since it was the kids first game, they were presented with certificates and buttons to document the day.  This just proves that “social” media isn’t only online – the Bolts practice social media by interacting with the guests in attendance at the games.  The entire staff working that night was so hospitable and friendly! 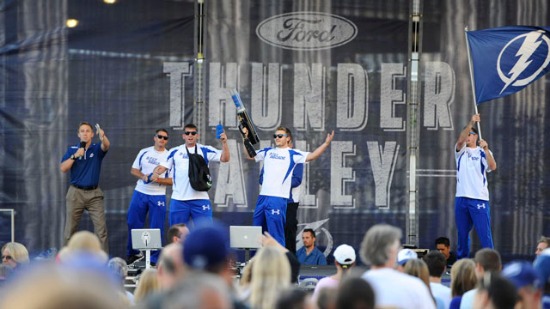 #9: Ford Thunder Alley – Before and after the game you can always find fun outside the arena in Thunder Alley.  They have music, games, and memorabilia tents set up for fans to get in the spirit before the game.  At the end of the game, the big screen in the Alley shows fan pictures and tweets from the night.  Again, the Bolts win a being social!!

#10: Exciting games – The Bolts ended up winning that nights game and the energy in the arena was electric.  Click on the link above to watch a few seconds of the game following a goal.

If you’re in the Tampa Bay area and looking for something fun to do with the family, consider a Tampa Bay Lightning game.  The season runs through April with several games each month.  The Amalie Arena also host concerts and other popular events; like the circus and Disney on Ice.

Thank you Caity and the Bolts for a fun evening out with the family.  We truly appreciated your hospitality.

10 Things I Did This Summer