Would you get a tattoo of a cloth diaper?  I teased last week that I was considering doing just that.  On Monday I posted a picture of the alleged tattoo as part of my 10 Ways You Can Become a Cloth Diaper Advocate.  I received so many questions on Facebook, Twitter, and even Instagram about the tattoo. 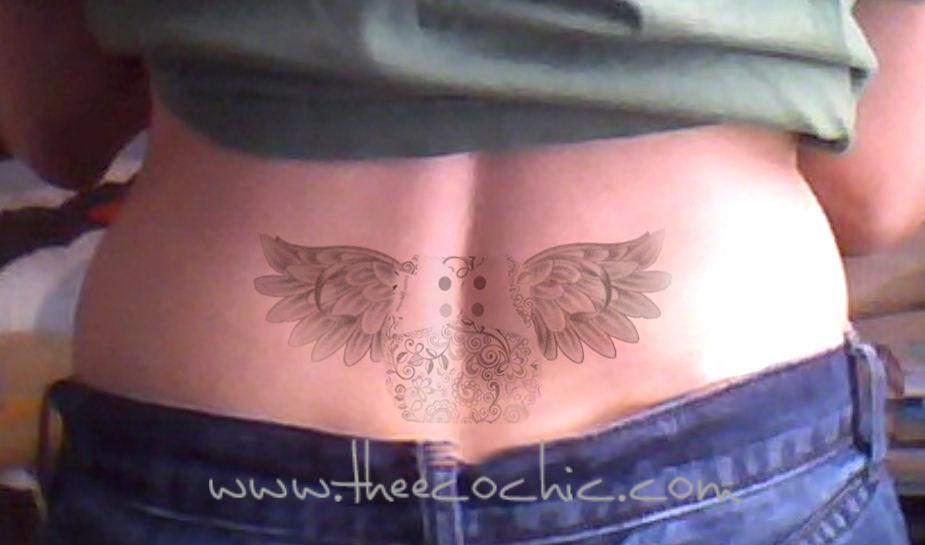 “That tattoo would mean some serious CD love. If it’s real, you win biggest fan!” -Mindy

Then later that night I received a tweet from Mona of EcoNuts with this picture (quickmeme.com)

I confessed last night during the #RealDiapers Twitter Party that the tattoo is in fact…fake!  Sorry to disappoint you but some friends of mine (Kim with Dirty Diaper Laundry and Amanda from Eco-Friendly Family) had a little fun with Photoshop over the weekend.  Having said that though I am in LOVE with the design.  I don’t think I would ever get one that large (of a cloth diaper at least) on my lower back but I wouldn’t rule it out entirely either.  I would however (and I’m working on it) create some custom temporary tattoos featuring cloth diapers – including the tattoo you see above!

Enjoying This Moment in Time