Today’s story is certainly a tragedy but looking back it will probably be a comedy soon.  Please feel free to laugh along with me and leave your own escape stories in the comments – after all it’s much more fun to have someone to laugh with. 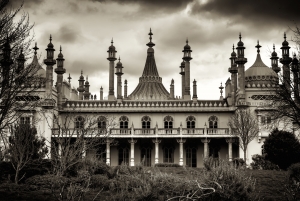 Once upon a time there was a beautiful little baby, Lil B, who was princess of her castle.  Lil B was 21 months old and quite the independent little lady.  One day – in a land far away – she was forced by the evil Queen to take a NAP!  *GASP!*  Now the Queen was very confident that all the noise being made from the crib would settle quickly so she could enjoy a nice feast all to herself.  Little did the Queen know that Lil B was planning an escape!  Hours went by (ok maybe 30 minutes or so) and the noise from the crib would come and go but finally the Queen realized that this princess was NOT going to sleep.  Walking quietly down the halls of the castle the noises got louder and louder.  The Queen slowly opened the door and…

…found Lil B holding her cloth diaper in her mud colored little hands!

You see, the Queen wasn’t very wise when she decided to put Lil’ B to rest in her Velcro closure cloth diaper – and no other item of clothing.  The Queen KNEW that the princess had escaped Velcro once before but that was a long, long time ago.  But now Lil B was wearing nothing but a t-shirt and LOTS of poop!  The Queen gasped (SCREAMED in fear actually) and called for the King (AKA daddy) to come help save the princess!  At first the Queen thought that a new beast had found the kingdom and attacked her princess – she called it poop-monster!  Poop monster had left his mark on EVERYTHING – there was poop on the crib, on the sheets, on the stuffed friends of the princess, on the floor, and even on the wall!  This poop-monster had to be stopped!

The loving Queen and King scooped up the princess from her crib and rushed her to the bath house where they tried to save their beautiful princess.  She was badly attacked by the poop-monster and was covered in poop – it was caked on her hands and feet – and it was even in her hair!  It was such a tragedy for such a beautiful little princess.  Next, the King called the servants to come clean up the princesses quarters.  The servants had all left the castle so the Queen and King were left holding  the mop!

With the princess safe in the care of her brother (Prince B) the Queen and King attempted to rid the castle of the evil smell the poop-monster had left behind.  Still not wanting to believe that their sweet little princess was the one actually behind all this mess.  Hours later the Queen and King were able to save the princesses quarters and all of her belongings – but not after a lot of cleaning!  The finally looked down at Lil B and asked her what happened…

…the sleepy eyed little princess could only say POOP!  However after further investigation they realized that there was no poop-monster, that instead the real poop-monster was the princess herself who had escaped the cloth diaper she had been wearing to nap because it had a Velcro closure.   And that is why the Queen will never again use Velcro for naptime and bedtime!  Be wise – choose snap closure for your own little toddler tonight!

MORAL:  Yes, while Velcro is so much easier for everyone to put on (and take off) – snaps are actually much safer to use during times of rest.  If you are just starting your cloth diaper journey don’t be afraid of the poop-monster, instead arm yourself with the only weapon that will protect you from this tragedy – invest in some snap closure diapers!  Our favorites include the new bumGenius 4.0 snaps and of course our favorite Rump-a-rooz snap closures!